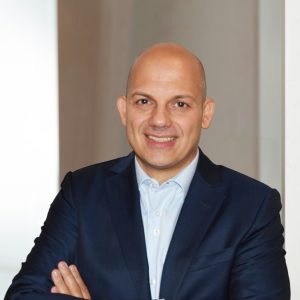 Process Components has announced the expansion of subsidiary company Kemutec in Europe, with the long-established manufacturing brand opening a new office in the Netherlands.  The move forms a key part of its global strategy to extend its global territories, significantly grow its revenues and create new jobs.

Kemutec has more than three decades’ worth of heritage in designing and supplying high-end powder processing equipment and components for the food, pharmaceutical, and chemical industries. It specializes in sieving, crushing, milling and mixing equipment and systems, also Mucon discharge aids, slide and unique iris diaphragm valves.

The decision to expand into the Netherlands will allow Kemutec to be closer to its growing customer base in Europe, where it will focus predominantly on the food sector, specifically in confectionery, starches, spices and flavours, alongside the fine chemical sector with home/personal care industries for the production of products such as detergents and toothpaste. From its Netherlands base, Kemutec B.V. will service customers firstly in Belgium, Netherlands, Luxembourg, Germany, Switzerland and Austria.

The Dutch headquarters of Kemutec will be based in ‘s-Hertogenbosch, known colloquially as Den Bosch, chosen for its central location less than an hour from cities such as Rotterdam, Amsterdam, or Antwerp and ninety minutes from Dusseldorf and Brussels.

The announcement follows the appointment of Johan Lucas, the new vice president of sales and business development who will head up Kemutec B.V. Johan has been working with the Kemutec brand for over 30 years, with experience of deploying the equipment all over the globe, including South Africa, Philippines, Vietnam, China, UK and Russia. Johan, who speaks fluent Dutch, English and German will now oversee Kemutec activity in the area as it supplies integrated processing systems to current and new customers.

Process Components plan to grow organically following the creation of the Dutch base, with plans to hire new people and increase its European partnerships by the end of 2018. Eventually, the new offices will feature test equipment facilities, provide mobile support, and local project engineering and servicing.

Johan Lucas, vice president of sales and business development at Kemutec B.V. commented: “Over the past couple of decades, we have seen the Internet change the way customers seek advice, support and recommendations. People use search engines for help and only then come to a specialist supplier, and with that business models have changed, and the role of agents alongside it. The Netherlands is home to a great number of multinationals and benefits from its central European location, excellent infrastructure, technology and strong open economy. As the world becomes smaller, we want to be as close as possible to our existing customers so we can provide them with the best possible service, and work even more closely with them on joint process developments.”

Tony Goodwin, managing director at Process Components, added: “Kemutec has always had a large and loyal customer base in the Netherlands and nearby, and we now have a huge opportunity to build on this. We are incredibly pleased to welcome Johan in his new role, as his experience and knowledge of the brand worldwide will be invaluable. The proximity of the new office to the head offices, and research and development facilities, of many multinational organisations, means it is the ideal base to expand from. The Kemutec brand is historically well known and recognised globally, and there is a rapidly growing demand for its powder processing equipment, components and systems worldwide.”

The Netherlands arm of the company, to be known as Kemutec B.V. will be the third office for Kemutec, which is headquartered in the UK. Kemutec also has offices and a technology centre in the US, based near Philadelphia, PA. It is part of the global engineering company, Process Components.

Process Components is made up of a group of UK heritage brands that incorporates Kemutec, Kek, Gardner, Mucon and PPS.